3 Mortgage Considerations for the Self-Employed 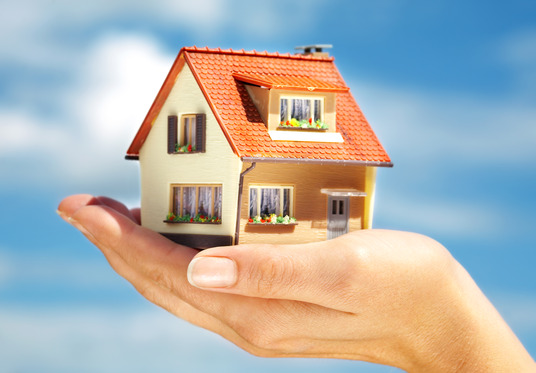 Being self-employed is a dream many people have, but it’s not the easy lifestyle most imagine it to be. In fact, when you’re in the market for a mortgage, being self-employed can make it next to impossible to get approved – unless you’ve made all of the right decisions along the way.

The problem though is that making the right decisions for managing your business is often the exact opposite of what a mortgage lender wants to see. That’s because smart business owners usually tread their companies as an independent asset, while mortgage lenders tend to disregard anything other than the actual salary the business owner receives. That makes the standards for self-employment and income reporting much more stringent than they are for people who don’t have their own companies.

If you’re self-employed and considering a mortgage, here is a list of common mistakes self-employed people often make that hurt their chances of being approved for a mortgage.

What do you do for a living?

While this might seem a bit silly to you, from the perspective of a mortgage lender, they want to be able to categorise your line of work, and from there assign it a risk value. This does not operate the way you think it does.

If you are a writer, then a mortgage lender will be much more inclined to look at your overall financial picture than someone who works remodelling homes or performing demolition projects. That’s because these people, and really almost anyone who works in any other sort of trade related skill, are considered to be ‘contractors’. From the perspective of a mortgage lender, no contract means you don’t have any work – never mind the fact every self-employed person is always a contractor to one degree or another.

Mortgage lenders have their own view of the world. They’ll want to see at least six months worth of contracts to consider giving you a mortgage. To get around this and give yourself some wiggle room, make sure your business is structured as a ‘service’ provider, so that you aren’t locked into needing contracts you might not have. Instead, let the lender focus on the services you undoubtedly also perform between the larger and more lucrative contracts, and ‘adjust’ other income streams so your overall picture looks healthy and stable.

How long have you been doing it?

As a general rule, you will have to demonstrate to any mortgage lender that you are going to have work for the foreseeable future. They calculate your ability to do this based on past performance, or how long you’ve been doing this job successfully. Most of the time the period they would like to see that you have been previously working is three years – with more being better. Less than three years, and they will start to ask a lot of questions, no matter how good you may be doing at the moment. This is because your ability to repay the loan is based entirely on you continually generating income.

If you do not have an established history of income and earnings to show, lenders will be concerned. To work around this, make sure that your line of work is at least plausibly similar to whatever it was you were doing before you became self employed. This can be considered as experience and time in a profession. However, if you went from car mechanic to farmer, it might be a stretch. In that case, try to identify management tasks, and rework your job description so that it ties the two skills together. Managing skills are arguably rooted in the same discipline, and the techniques are much more interchangeable.

Who pays you and how is that pay received?

While the governments have one view of the self-employed and how they are paid, with vastly different regulations governing different types of companies, mortgage lenders don’t. They have a streamlined view that generally only looks at how much you are paid each month and how long you have been being paid that amount. Business owners have a different view though, as they know that any money the business has is already ‘owned’ by them, so there is no reason to shift money they don’t need out of the company and into personal assets. This is because it is more difficult from a taxation perspective to track and account for putting that money back into the business, should the need ever arise.

To work around this, if you’re planning to get a mortgage, make sure you give yourself a regular salary that’s at least in the range of what you’ll expect a mortgage lender to require for the loans you’re considering. You should be receiving that salary for a period of at least six months, but ideally one tax year. Just one or two months won’t win you any points with a lender. They are looking for established historical income.

We’re certainly not advocating telling any actual lies to your mortgage lender, but at the same time, we are expecting you to be creative in how you prepare yourself to apply and what you do when applying. After all, it was your creativity and ability to look at things differently that has made you a successful business owner, so put those skills to use with the mortgage application process too. When you do that, it becomes a lot easier to open doors and get the home financing or refinancing you need.

< Previous Article
Have you overpaid the Inland Revenue?
Next Article >
Surprising Things You May Not Know About Saving Money
Related posts that might interest you

The importance of breakdown cover

With winter weather sweeping across Britain, many motorists still aren’t sure if they really need breakdown cover for their vehicles....