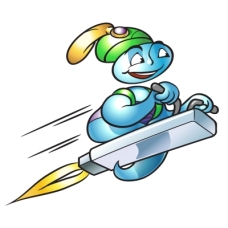 Despite analyst claims that mobile broadband will overtake fixed-line in the near future, Broadband Genie can reveal contract data limits for dongle buyers are static or going down, rather than improving – and the blame can be laid firmly at the door of smartphones.

When Mobile Broadband Genie became the first dedicated mobile broadband comparison website back in 2007, T-Mobile was offering unlimited data downloads (with a 10GB fair usage policy), while Orange came along soon afterwards with a deal with a 15GB limit. 3 soon followed with a 15GB offer in mid-2008, while Vodafone business mobile broadband deals were unlimited (with a 5GB fair use policy).

When Apple approached UK mobile broadband ISPs to sell its iPhone, one condition they made was that people who bought the handset would get unlimited data. This was always going to put massive pressure on an already struggling service, while the other operators had to move to make their smartphone bundles more appealing too.

So, in 2010, things are going backwards rather than forwards for dongles. On contract dongle deals, only 3 is offering a 15GB package, and only Orange a 10GB monthly deal. Vodafone and T-Mobile have a maximum of 5GB deals available, while O2 and Virgin are as low as 3GB per month. Things were better for O2 customers willing to buy certain laptop deals, with a 10GB limit in place, but O2 removed those deals this week.

It makes depressing reading for dongle users, especially when their mates with iPhones, BlackBerrys and other smartphones are still revelling in unlimited data deals (although many have fair usage caps).

Broadband Genie editor Chris Marling said: “It seems mobile broadband service providers can’t keep up with the demand for data, which is being fuelled by advances in smartphones alongside the desire for mobile broadband via dongles and embedded in laptops.

“Apple iPhone and other smartphone users have a lot of apps putting strain on the networks, while advancing streaming technology, gaming, email attachments and more complex, media-rich websites are draining data for laptop, MAC and PC users.

“It’s no surprise O2 offers the lowest data limit on its dongles, as it struggles to cope with the demand for data from iPhone users, amongst others. It will be interesting to see how Vodafone and Orange hold up under the extra data strain Apple’s iconic device clearly brings.”

Got GPS on your phone? Get outdoors and find hidden treasure!

Can an electric bike save you money?

How to save on tech products this year