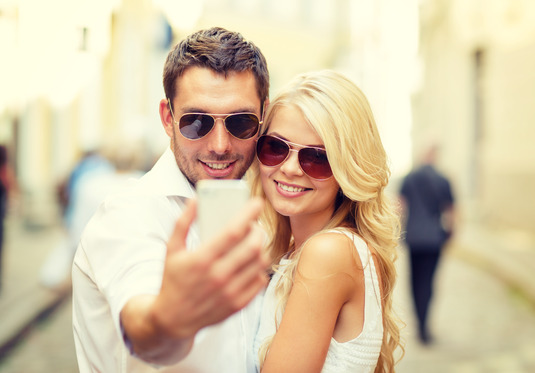 Out on the mobile phone market, it’s war, with Apple and Galaxy constantly going head to head.

In this post we take a look at their respective flagship phones, the iPhone 6S and the Galaxy S7. Both pack a powerful technological punch.

Here’s how they match up.

Whichever of the two you choose, you’ll look the business. Both ooze slick and übercool, but the iPhone 6S just steals it in terms of design, weighing in at just 143 grams and a slender 7.1 mm thick versus the slightly bulkier 152 grams and 7.9 mm thickness of the Galaxy S7. The curvier iPhone is also tougher than its predecessors, thanks to its Series 7000 aluminium, which encases the whole phone and makes it less easy to slip out of your hand.

However, the S7 fights its corner with a larger screen and a higher resolution at QHD, compared to the iPhone 6S’s lower resolution 720 pixel count. The phone is also waterproof up to a depth of 1.5 meters for 30 minutes, giving the iPhone 6S a run for its money in toughness.

The S7 gains the upper hand on the iPhone 6S with a sharper screen, partly because it is similar to the previous model, the S6. This is also helped by the AMOLED technology, which electrically charges each pixel when generating the colours but leaves pixels unlit to create different blacks. The display is always on as well, lighting up just a few pixels when in sleep mode, running on low power and still allowing you to view incoming messages and notifications without having to switch to the full power mode.

However, the iPhone 6S strikes back with the 3D Touch feature, which distinguishes the phone quite uniquely from the Galaxy S7. This enables the display to respond to varying amounts of pressure. You can preview emails and websites with this feature.

The iPhone is still the business when it comes to general snaps taken in good lighting. The camera is also quick and accurate. However, when the lights are low, the Galaxy S7 trumps the iPhone 6S. This is largely thanks to the megapixel sensor, which captures larger pixels and along with them more light. The S7 also has a wider aperture which lets more light in.

According to Samsung, the camera captures 95% more light than the Galaxy S6, which in itself was a neat little phone.

Here is where the iPhone 6S finally gives the S7 some stiff competition. The A9 processor on the phone enables it to run just as fast as its Galaxy rival, despite only possessing 2 GB of RAM. You also have more storage options, with a choice of 16 GB, 64 GB and 128 GB, whereas the S7 boasts 4 GB of RAM but just the option of 32 GB of storage. However, there is also a micro SDcard slot too that will make storage easier.

Still not convinced whether either of these might be the phones for you. Browse what others have to say about the different phones out there. Then see if you can find a good deal. Your patience will be rewarded!

< Previous Article
Wimbledon 2016 Inspired Gifts (Handmade or low cost)
Next Article >
Can an electric bike save you money?
Related posts that might interest you

What Is Multi-Channel Retail And Why Should You Use It?

Feel the love this Valentine’s and not the hefty bank balance!

With so many great sporting event happening this summer, being in front of the television more than usual should be...