What is an automatic enrolment pension?

People are living longer than ever but if the discrepancy between retirement age and death continues to grow, the state will be left with a huge benefits burden from those that haven’t been fortunate enough to make their own pension provisions. 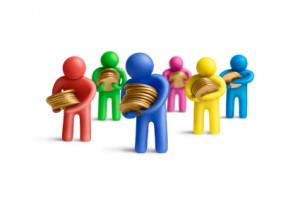 In response, the government is putting together an automatic pension enrolment scheme that will see people automatically put into a pension scheme instead of having to ‘opt in’ as they do now. Changing the onus from opting-in to opting-out could dramatically increase the number of people with pension provisions.

The world around us is becoming increasingly unsure and in the future, something as fundamental as a state pension may not even exist. Many low to middle wage earners simply don’t see a pension as a priority as they struggle to make ends meet never-mind having the added burden of a pension deduction to deal with. People presume they’ll deal with these eventualities when the time comes but they may be leaving themselves highly exposed. A basic pension scheme can be invaluable and with the automatic enrolment scheme up to 10 million new participants may come on board.

Many argue the same case for things like organ donation; making people ‘opt out’ would force people into making a difficult choice and so get more people on board; but perhaps that is a step too far and infringes on a person’s most fundamental liberties. As far as pensions go, ‘opting out’ could be a wise and workable initiative.

If you fall into any of the following categories you will be earmarked for this pensions auto enrolment scheme: at least 22 years old and below state pension age; earn more than £8,105 P.A.; you work or ordinarily work in the UK. As you can see, this is a vast swathe of UK citizenry so if you don’t have a pension, you will probably be enrolled either into a private scheme or into a NEST scheme for companies without a scheme in place.

ABOUT THE AUTHOR: GrumpyCash
< Previous Article
Why a bad credit score may not make you ineligible for a personal loan
Next Article >
Do you have to pay tax on your savings?
Related posts that might interest you

If you were hit hard during the recession and job crisis, you are not alone. Thousands of people, from well...