Where to find the best deals this Black Friday 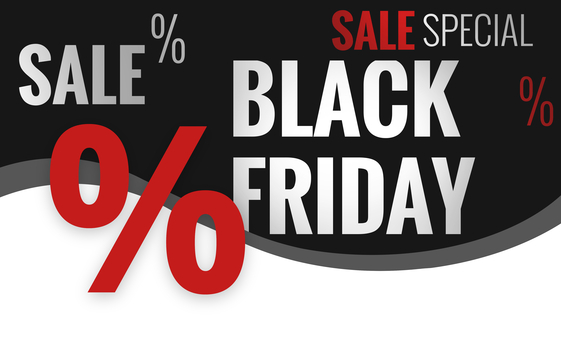 With a little bit of planning you can get some amazing deals over the Black Friday weekend, leading into Cyber Monday.

Details of what’s on offer, and whether it can be found online or in store, are made available in the preceding days on retailers’ websites and social media channels. By signing up to their email alerts you can select certain areas of interest and get sales information direct to your inbox.

There are a also a number of websites that list live deals as they break, such as Black Friday UK or TechRadar, PCAdvisor and MacWorld for tech and gadgets – one of the most highly discounted areas.

To give you an idea of where to start your search, here is a rundown of some of the best deals from last year as well as teasers from brands who’ve already announced what Black Friday 2015 will offer.

In order to spread the load, this year, Argos will be offering deals on the three Fridays preceding the 27th November in its ‘Red, White and Blue Fridays’ campaign. On 13th November this included: 3-for-2 on all toys, Beats Solo 2 Headphones at £99.99, saving £70 and the Canon SX410 20MP camera at less than half price for £99.99. They’ll also refund you the difference if their offer price is beaten by any other retailer.

The bicycle specialist Halfords will be offering Black Friday deals in stores as well as online for the first time this year, from Friday 27 to Monday 30 November, with up to 50% off children’s bikes, as well as deals on their technology, audio equipment and Sat Navs. Halfords is also running a Black Friday competition for people who sign up to its mailing list before November 25, with a first prize of £1,500 worth of discounted goods.

Amazon will kick off its Black Friday deals early on Monday 23 November. The web giant was one of the first to bring Black Friday to the UK and, as with many of the larger retailers offers deals across the board.  Last year they included £100 off a Kindle Fire HDX Tablet all week, subject to availability.

Last year GAME launched hourly deals from 6pm on the Thursday, ahead of midnight opening of stores across the country. GAME’s website offered a different deal each hour and three, four-hour top deals throughout the day included an Xbox One bundle with four games and £5 of Xbox Live credit for £299.99.

Once a major player in the Black Friday period, Asda recently announced they will be dropping out of proceedings. It’s hardly surprisingly following the bad press they’ve had over last year’s in-store carnage, with fights over TVs caught on camera.

Other big supermarkets are still very much in on the act and in 2014 they drew people in with offers such as the Dyson DC Animal vacuum cleaner for £159.99 (was £319.99)at Sainsburys. Tesco, who have insisted it had put extra security measures in place to cope, were last year offering £150 off a LG 49” LED TV, reducing it to £329.00. This year they’re opening in store at 5am to prevent a rush. If you’re quick, you might still be able to make use of Tesco’s 20% off offer on gift cards, including

< Previous Article
Applying for a credit card?
Next Article >
How You Could Save On Car Accessories This Xmas
Related posts that might interest you

What Is Multi-Channel Retail And Why Should You Use It?

Why Cantilever Rack Solutions are Cost Effective for Businesses

Cantilever racking systems are one of the most widely used warehouse solutions for businesses which need cost effective storage. They...