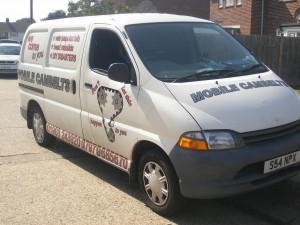 When was your cambelt changed?

A cambelt is the vital part of an engine that connects several moving parts allowing an engine to work properly. To simply explain the importance, imagine you are riding your pushbike when the chain comes off or breaks. The end result is that you stop; it’s the same with a cambelt on any vehicle. The difference between the two is that a bike chain is easy to replace and does little damage if it breaks or comes off. However, if the cambelt breaks or comes off, it can cause severe damage to the car’s engine which, in turn, will lead to an expensive repair bill, sometimes making the repair not commercially viable.

Your manufacturer will insist that the cambelt on your car is replaced once its engine has travelled a specific distance (a typical example is around 40,000 miles). Failure to do so can result in belt failure and an expensive repair.

Your manufacturer will insist that the cambelt on your car is replaced once it has reached a certain age (a typical example is 4/5 years). Failure to do so can result in cambelt failure and a potentially expensive repair.

When buying a Second-Hand car:

Try and find the information as to when the cambelt was last changed, check service book, under the bonnet and on the engine for clues. If there is no record of a cambelt replacement, always assume it has not been replaced. Although it may be possible to gain access to inspect the belt, it will not be possible to visually assess its condition to ascertain its future life, very often they perish which you can not see while fitted, I was very lucky when I had mine changed, I saw it!

The AA man said to me because cambelt failure is such a problem, manufacturers give specific intervals for their replacement; it wasn’t until I broke down in West Sussex for something totally different (Alternator) did the AA man advise me Vauxhall had reduced the cambelt change mileage as they had so many snaps, I thought I better look in to finding someone local to Worthing and found a company that fit them at your home or place of work, I found him in the Friday ad under Motor Services (Mobile Cambelts) he took a few details from me over the phone and arrived promptly the next day, the service saved me a fortune in future repair bills and compared with other garages, saved me over £200, he was polite and on time.